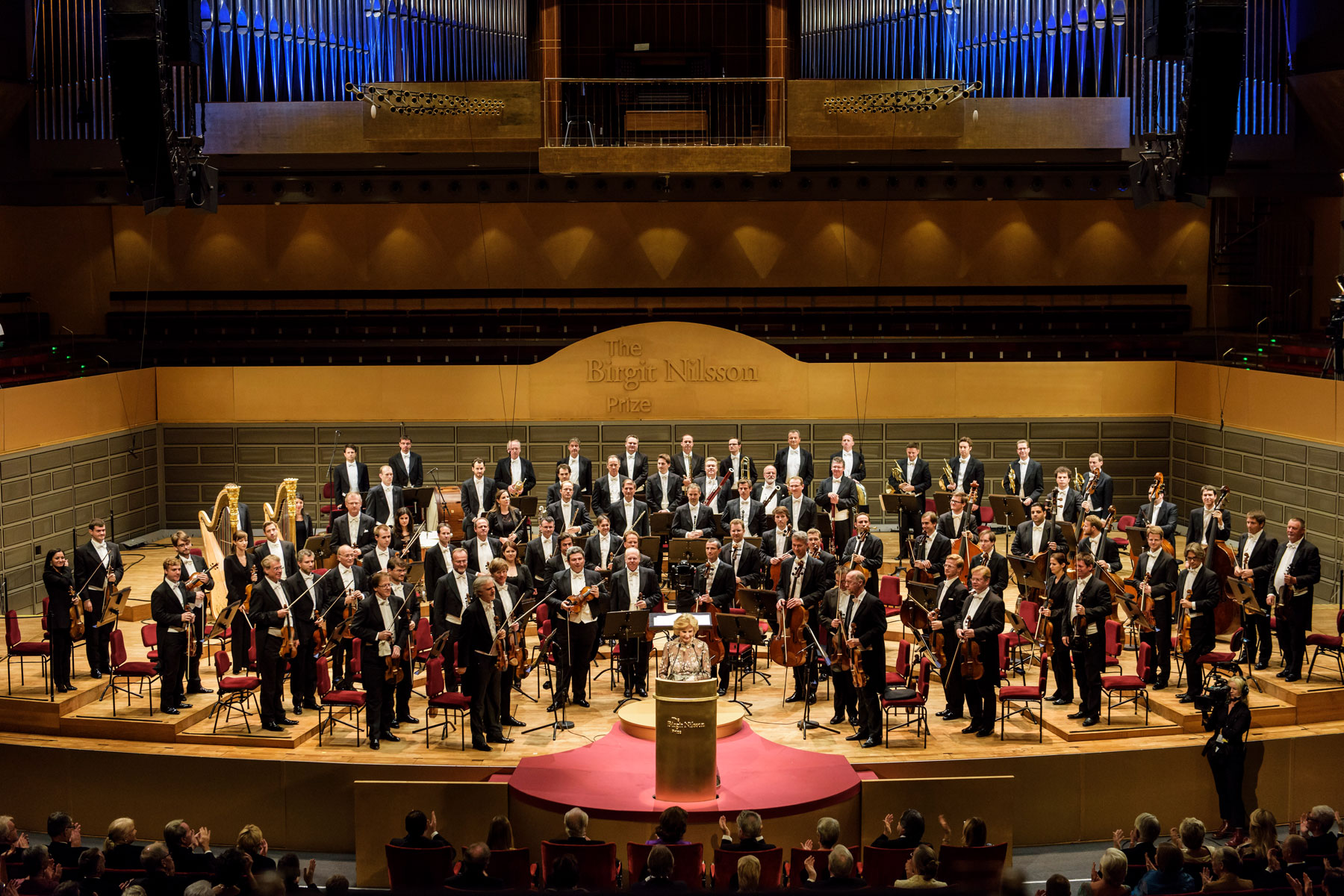 The third recipient of the Birgit Nilsson Prize was the Vienna Philharmonic and, on the occasion of the Award Ceremony in October 2014, the entire orchestra flew to Sweden and performed on stage at the Stockholm Konserthus under the direction of Riccardo Muti, in the presence of H.M. King Carl XVI Gustaf and H.M. Queen Silvia.

“No singer stands alone on the opera stage and the highest performance standards can only be achieved with partners who bring the same passion and dedication to their work” commented Rutbert Reisch, President of the Birgit Nilsson Foundation. “This was the reason why Birgit Nilsson loved to perform with the Vienna Philharmonic. She loved to work with them because of their specific sound and unique ability to breathe with the performers on stage.”

There is perhaps no other ensemble more consistently and closely associated with the history and tradition of European classical music than the Vienna Philharmonic. Founded in 1842, the orchestra has been an integral part of several musical epochs and is internationally acclaimed in both opera and concert. Its extensive touring schedule, prolific recording catalogue and global broadcasts continue to bring its extraordinary artistry to audiences worldwide.

With such a long and important history, the musicians unanimously voted to dedicate the entire Birgit Nilsson Prize money to expanding the orchestra’s archives. By making the Archives more easily accessible the Vienna Philharmonic believes that “you ensure your future by remembering and documenting the past”.

“Currently the Archive is housed in Vienna’s Haus der Musik, but the $1m prize money will contribute substantially to creating a suitable modern home for it, with full public access and with space for writers and scholars to visit and conduct their research. Digitalising the contents so they can be made available online is a priority.“