From family farm to popular museum

Where the play became song

Now you can experience the farm where Birgit Nilsson played as a child and where she dreamed of a life in the world of song and opera. Birgit Nilsson (1918-2005) grew up on this farm in Svenstad in southern Sweden. The farm, which has been in the family’s possession since the 18th century, has today been converted into a museum dedicated to “La Nilsson”.

The place that created the world artist

Birgit Nilsson lived on the farm in Svenstad with her parents until she was 23 years old. It was a simple upbringing without electricity or running water and the first amenities were not installed until the 1930s. Birgit helped with all the chores on the farm. She thinned beets, planted potatoes, harvested hay and milked cows. In other words, it was a life far removed from what she would later experience as one of the world’s most famous opera singers 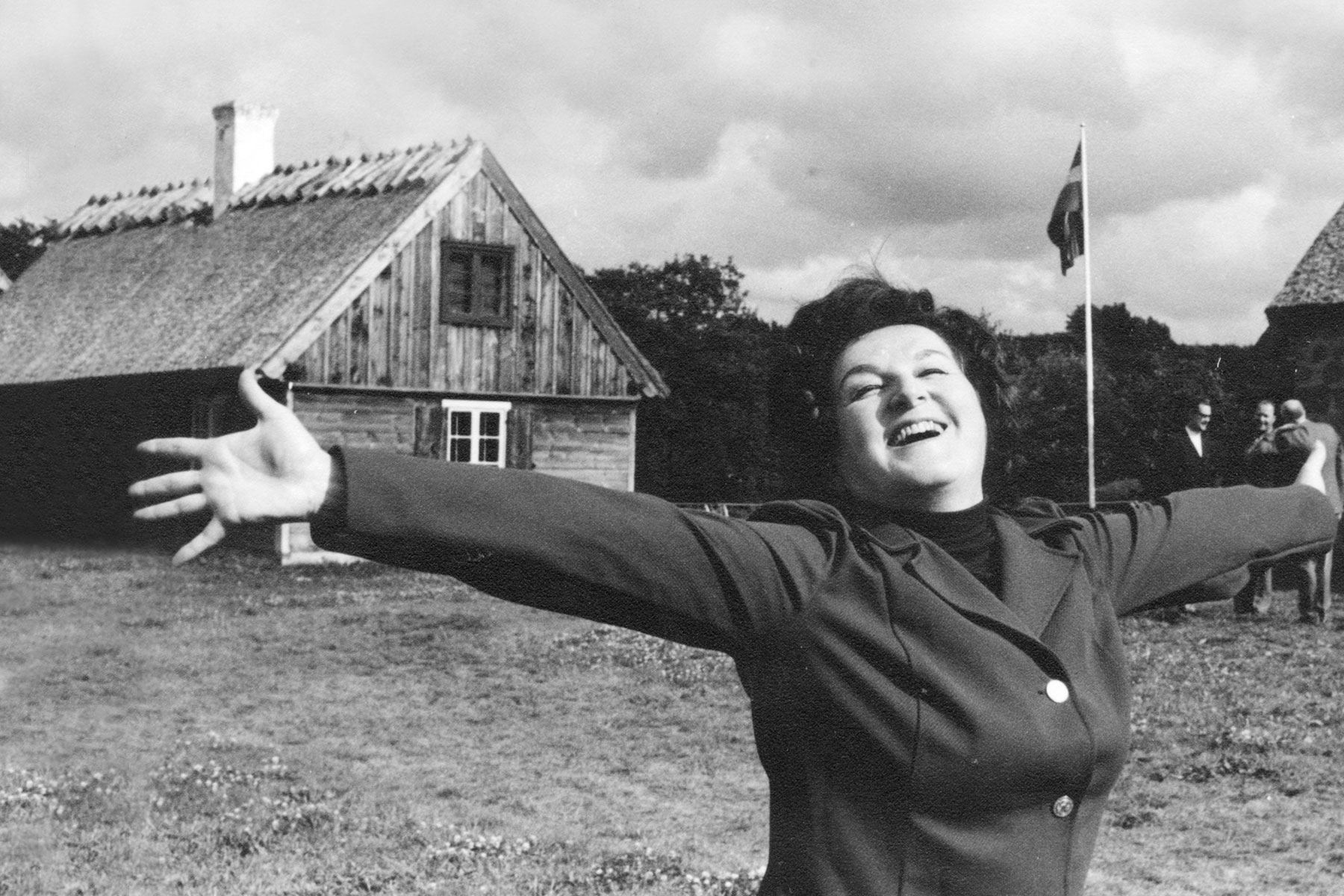 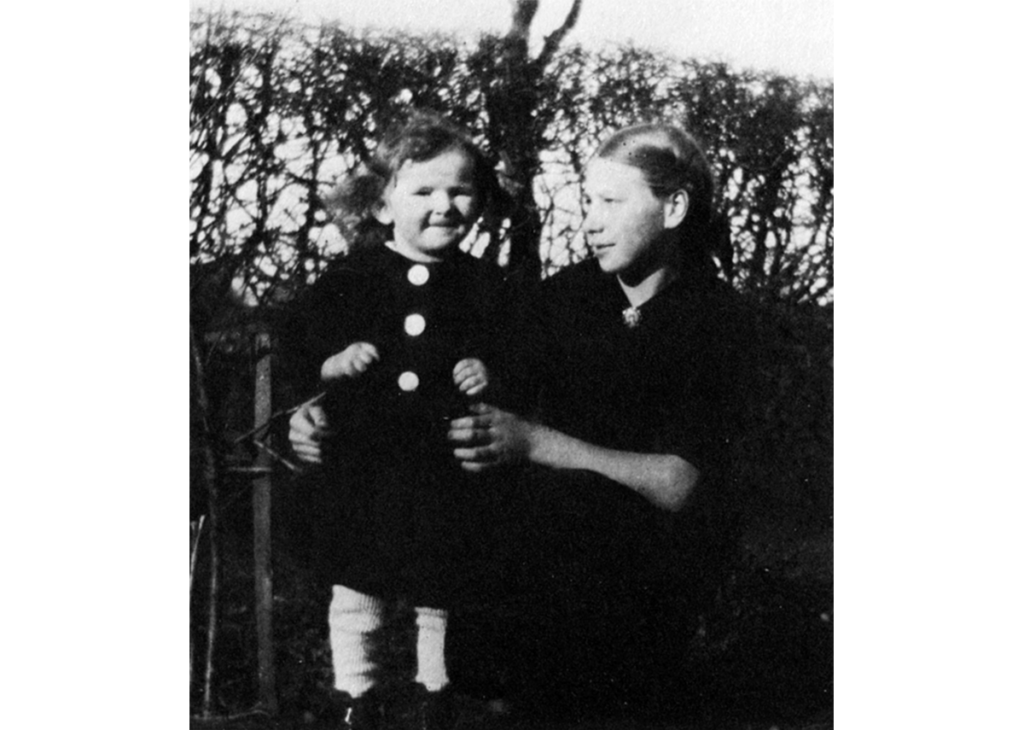 A star is born

On May 17, 1918, Märta Birgit Nilsson was born in the parish of Västra Karup in southern Sweden. At her baptism, her cries were so loud that she overwhelmed both the priest and organ. Birgit had no siblings but she was a popular friend and schoolmate. She helped with all the work on the family farm, which her father hoped she would one day over-take.

Taking over the farm

In 1920, Nils P Svensson inherited the farm in Svenstad, which had been owned by the family since the 18th century. He moved there with his wife, Justina, and daughter, Birgit, who was then two years old. There they lived with the farmhand, Otto, and the holiday help, Karin, who were both part of the family. It was a simple upbringing and all the water for the household was fetched from a well in the courtyard. The house was heated by wood burning stoves and kerosene lamps which also gave light in the evening. 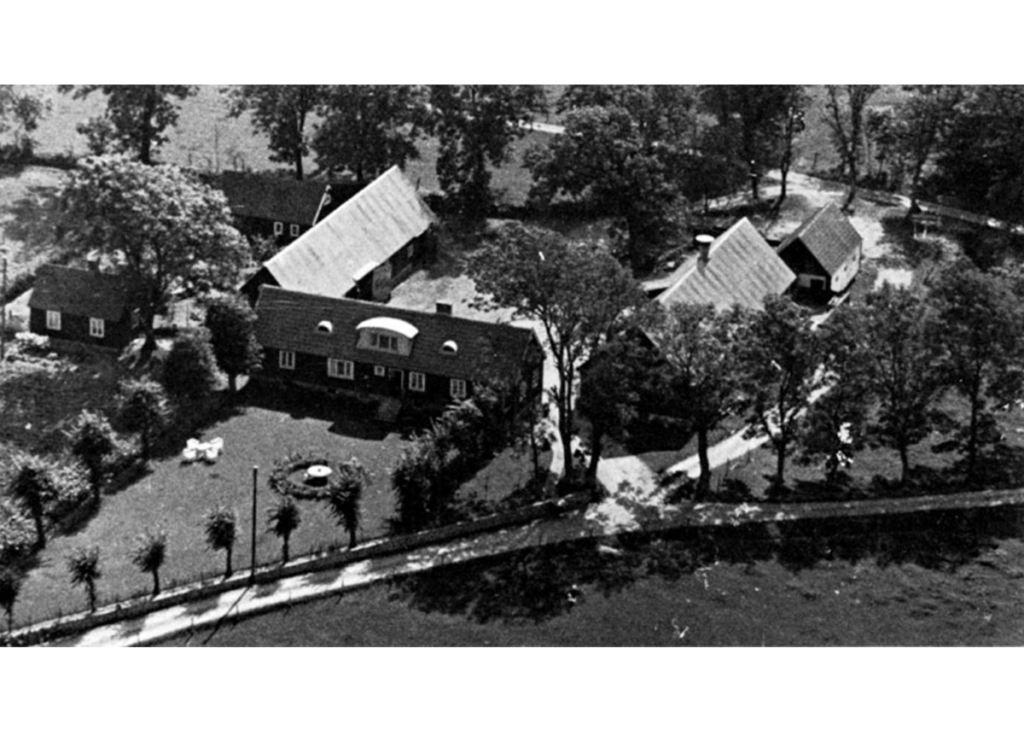 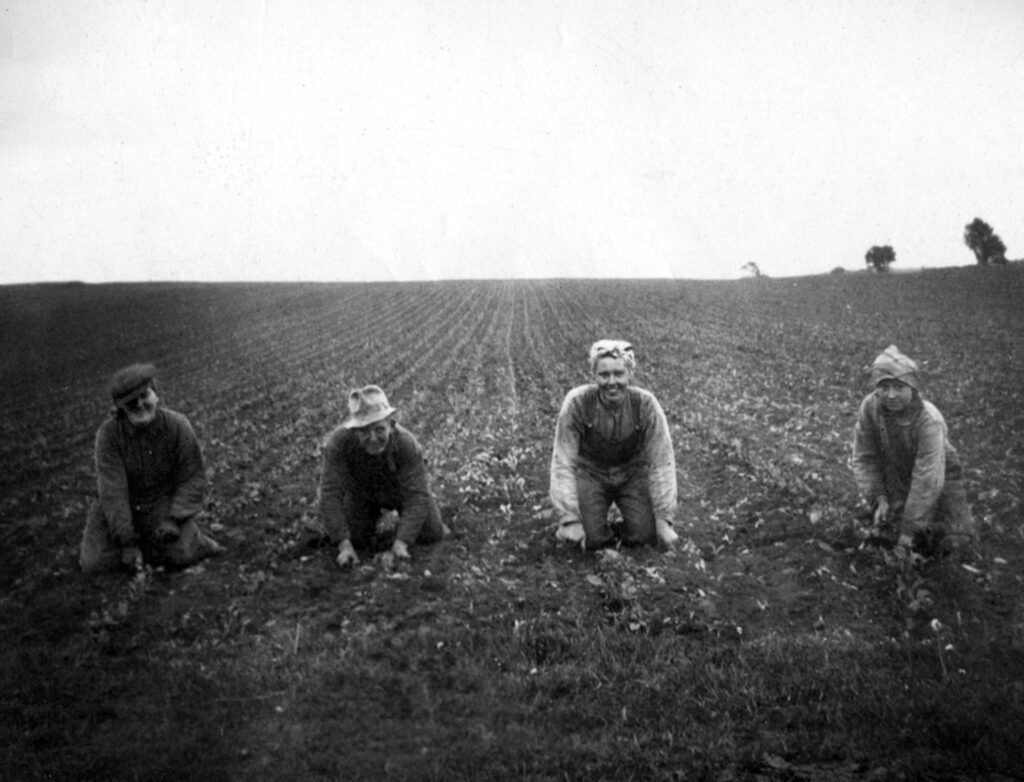 The song among the beets

When the first amenities were installed in the 1930’s there was at last electricity in the house and Nils was able to purchase a milking machine. Birgit helped with the chores on the farm. They consisted not only of thinning beets, sowing and picking potatoes, harvesting hay and milking cows, but also helping with the other animals and the household chores. There was a lot of music and singing in the house during Birgit’s childhood which she loved. When guests came, she would entertain them and both Nils and Justine were proud to show-off the talents of their musical daughter.

Commitment to the local community

The local community with its family, relatives and friends was always important to Birgit Nilsson and she was proud to have grown up in the countryside. She retained her love of life back home throughout her long career and, after retiring from the big opera stages, she devoted more time to the local community.

Always in her memory

Throughout her career Birgit never forgot “those at home”. In the letters and postcards she sent, she asked her father about new purchases, the harvest and farm-life. She always remembered relatives’ and friends’  birthdays or anniversaries and she liked to tell journalists and colleagues about her memories of home – the farm, her youth, the amateur theatre, church choir, friends and bike rides. 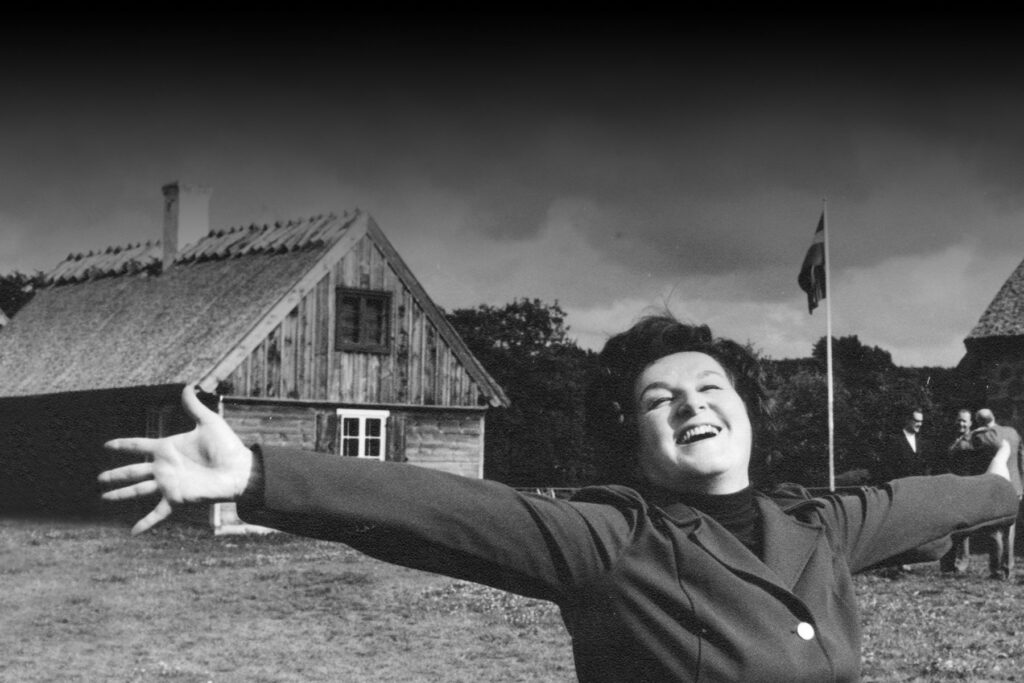 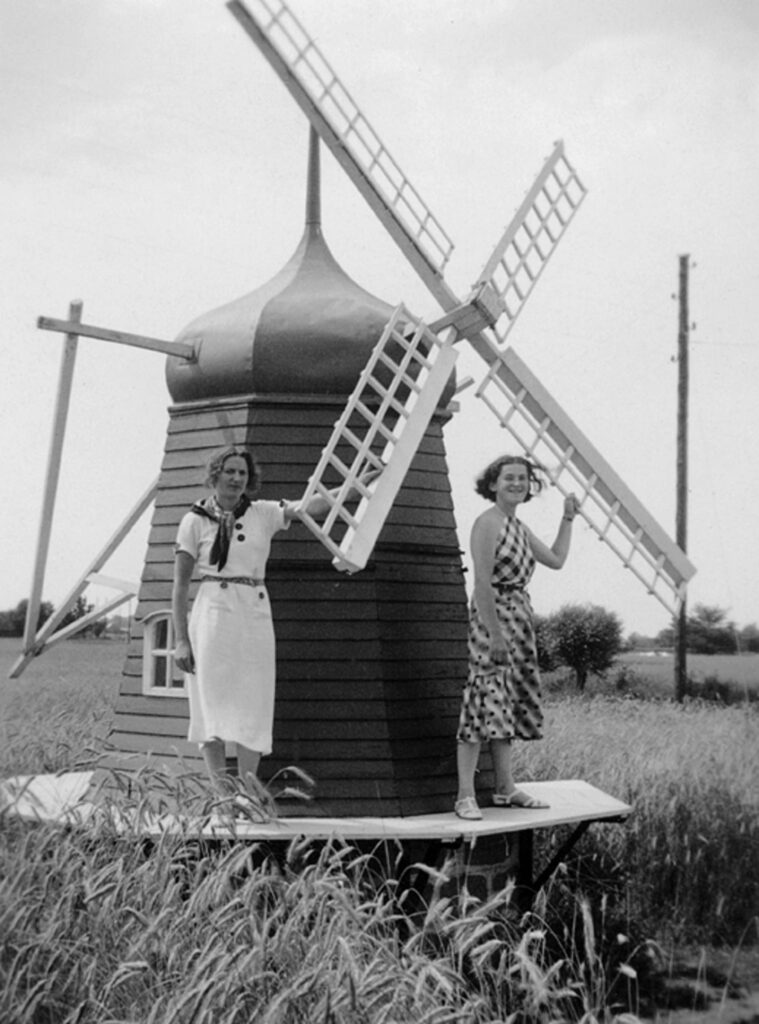 Summer and singing in Bjäre

During the summer holidays in the 1940’s, Birgit helped with the daily chores on the farm and, from time to time, sang locally. She sang at church services, in village halls and restaurants. The occasions when she sang at church were her favourite and most important. Before she was admitted to the Opera School in Stockholm in 1944, Birgit’s goal was to become a church singer. The buildings’ fantastic acoustics suited her large voice perfectly.

In 1955, Birgit received a request from the Bjäre Härad Local Community Association. They wondered whether she could imagine participating in a charity concert for the benefit of the Association and the new local history park. This was the beginning of a series of concerts that would last for over half a century and which were held in various local locations before they settled in the church of Västra Karup, the same church in which Birgit was baptised. Eventually, these “Birgit Nilsson concerts” became popular not only in Sweden but also amongst opera friends around the world.

The last of these concerts, in which Birgit herself participated as soloist, was held in the church of Västra Karup in 1984. After her retirement the concerts continued with other soloists and remained as popular as ever. Every year, the Association received letters and phone calls from singers and musicians asking if they could participate in a Birgit Nilsson concert. 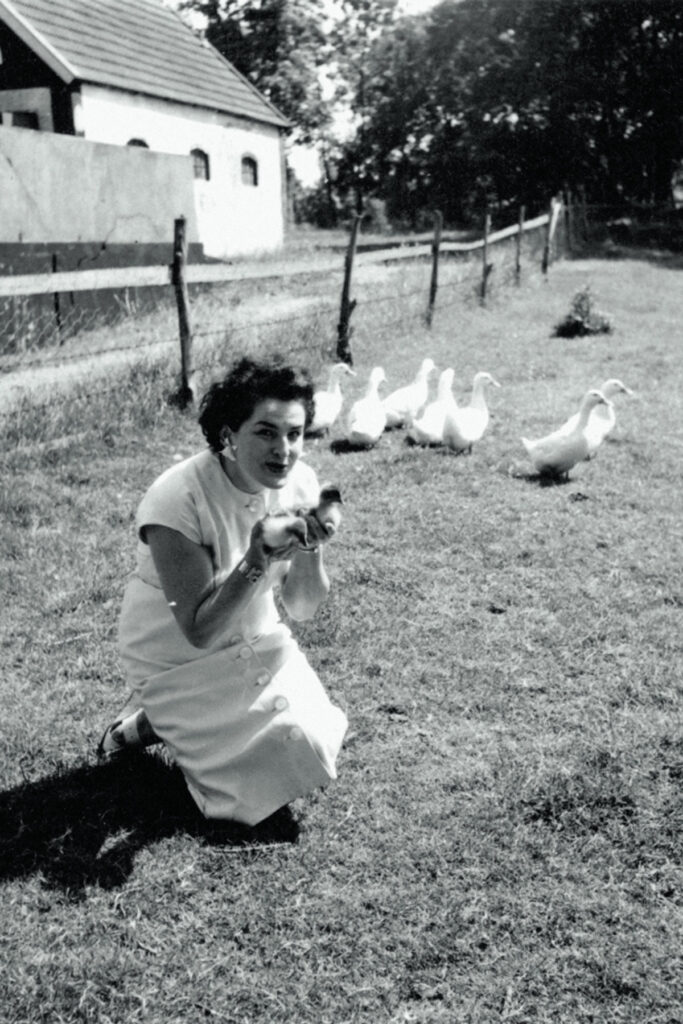 The heart of the local community association

For many years Birgit continued to help the Association in various aspects. She was everything from the inaugural speaker and organizer to the inspiration for both the concerts and conferences linked to them. She engaged several artists including Gösta Winbergh, Mari Anne Häggander, Gitta-Maria Sjöberg, Susanne Resmark, Nina Stemme and Helena Döse, as well as local young singers whose talents she was keen to highlight. By 2002, a total of 38 concerts has been presented.

At the baptism, I overruled both the priest and the organ

Birgit's own words about the importance of the place

Birgit Nilsson loved telling stories, both as a child and adult. With great empathy and lots of anecdotes, she was happy to recount her upbringing in Svenstad. One of her greatest personal commitments was the forty odd charity concerts she gave in the church in her hometown of Västra Karup. For these performances she often wrote a piece for the concert programs.

Here are excerpts from Birgit’s own words from one such:

“At the baptism, I overruled both the priest and the organ”

In interviews, it often happens that a journalist can ask in which place I have sung the longest, or where I prefer to perform. Quite reflectively, I usually say that at the Stockholm Opera I have sung for 35 years, in Vienna and Munich 28, at Metropolitan 22 and so on. It was not until now that it struck me that in my hometown Västra Karup I have sung the longest.

This certainly contributes to the fact that this place is also closest to my heart. “Put her on her stomach, and give her a sudden!” The old rector Anders Nilsson spoke so disrespectfully at my first appearance in Västra Karup’s church. But at that time I was only a few months old. Mother Justina has so often told me about the embarrassing infant baptism, that I think I remember the whole event. Apparently I was already then equipped with unusually strong vocal cords, for my loud and persistent cries overwhelmed both the priest, the organ and the assembled congregation. I never came to ask my mother what the priest could have meant by “sudden”. Maybe she did not know either.

Much later I have read somewhere that before the comfort button was invented, a piece of cloth was rolled up, which was tied around a string. This so-called blur was then dipped in something sweet, e.g. syrup or honey and stuck in the mouth of the screaming child. If this did not help, it could happen that you dipped suddenly in brandy! It took all the breath out of the poor insect, so it simply could not bear to scream anymore. Prost Nilsson, who was born in the middle of the 19th century, still believed in the magical power of the eraser. However, the pacifier had already made its entrance when I was born, and therefore one can hardly fear that they tried to comfort me with brandy. ”

Fourteen years, I think I was

“My second appearance in V. Karup’s church took place under more civilized conditions. I was 14 years old and newly confirmed. After a period of piano and singing lessons for the acting cantor, David Pålsson, he let me start in the church choir. Pretty soon I even got to start singing solo in church. I remember with particular pride that I was entrusted to sing solo in Beethoven’s hymn at my confirmation teacher’s, Einar Magnusson’s wedding. This to be able to sing solo was extremely flattering, because I was the youngest in the choir.

The church choir took a lot of time. We rehearsed once a week, and sometimes more. Sometimes the rehearsals were left at the home of a choir member, and then it was often served in the form of coffee and cakes in large quantities. These invitations were always much appreciated. We sang at all church holidays, at weddings and funerals as well as at some non-profit associations. Christmas Day was the busiest day of the year… These Christmas morning mornings with fragrant fir trees, lit candles and filled churches, are among my most wonderful memories, which I would not, for anything in the world, want to be without. I continued from time to time to perform as a soloist, not only in church, but also at some other events. I was greatly encouraged by Pastor Johannes Thulin. He himself was interested in music and had a beautiful singing voice. It was not uncommon for him to ask me to sing something, and I was never asked. That way, I got a certain habit of performing. Yes, they were the ones behind my back who called me the “opera singer”.

Personally, I had a very vague idea of ​​what opera was and did not intend to devote myself to anything that I had neither seen nor heard. On the other hand, I dreamed of trying out the wings outside Västra Karup, to train my voice properly, so that I could eventually become a fine concert singer. ” How it went then, you may all know by now… ”

Memories of Birgit in the surroundings

Birgit Nilsson’s grave at the church of Västra Karup is a popular place to visit and is easy to find at the church’s eastern entrance, by the road that runs between the parish home and the church. For directions, follow the link from Eniro.se by clicking here.

In central Båstad, on the Dahlmanska site, very close to Båstad Tourist Office and Mariakyrkan, the sculpture of Birgit stands, looking out over Laholmsbukten. “Birgit” was created by the artist couple Ulla and Gustav Kraitz and was unveiled on her 95th birthday on 17 May 2013. Follow the link from Eniro.se by clicking here. 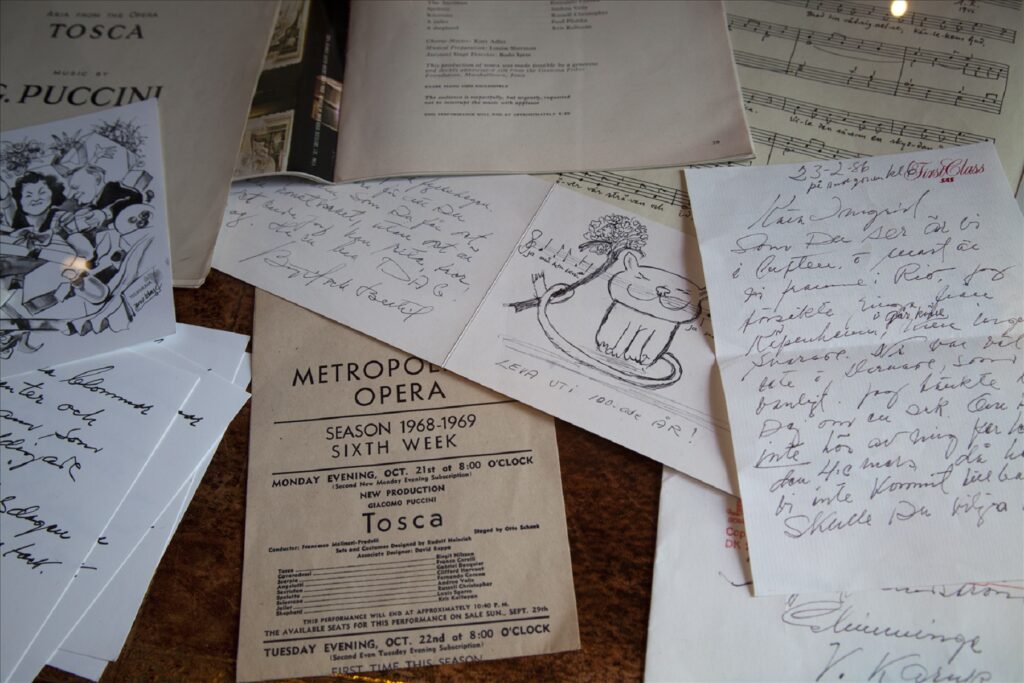 At Birgit Nilsson’s death in 2005, her archives and collections were stored partly in their home in Färlöv outside Kristianstad, and partly in her parents’ home in Svenstad on the Bjäre Peninsula. The parts stored in Färlöv were handed over to the Royal Library (KB) in Stockholm. The others remain in Skåne. This means that the archive stock is fragmented and that the two stocks are partially overlapping as the same type of documents can be found in both archive stocks.