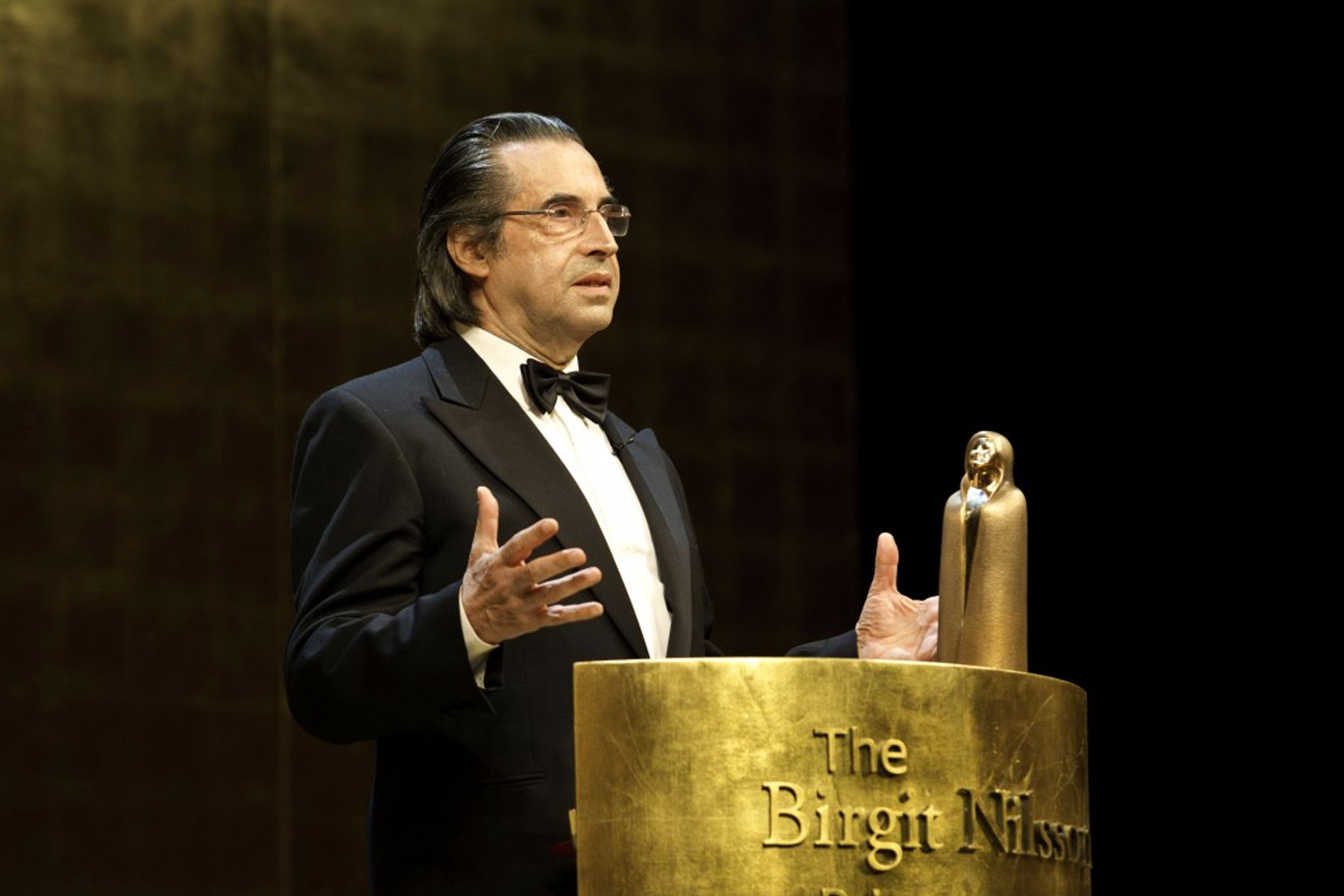 The second recipient of the Birgit Nilsson Prize was conductor Riccardo Muti, recognized for exemplifying all of the qualities that were so important to Birgit Nilsson: passion, dedication and extraordinary work over many decades. “When I heard that the Birgit Nilsson Foundation had chosen me for this distinguished award, I was deeply touched by the jury’s accolade” said Riccardo Muti. “All the more so given my profound admiration for this unique and extraordinary artist, both as an incomparable musician and as a great interpreter.”

In 2015, four years after receiving the Birgit Nilsson Prize, Riccardo Muti founded his Italian Opera Academy in Ravenna, inviting musicians from around the world to participate in an annual two-week public masterclass. From piano to on-stage rehearsals and two final concerts, young conductors and répétiteurs learn the art of Italian opera through the personal instruction of Muti, who shares his knowledge and experience with students and audiences alike. Joining them in the pit is the Luigi Cherubini Youth Orchestra, founded by Muti in 2004 – an ensemble offering young Italian musicians under 30 a vital training ground between conservatoires and the professional world.

Here is the program for the gala evening at the Royal Swedish Opera House in the presence of H.M. King Carl XVI Gustaf and H.M. Queen Silvia: