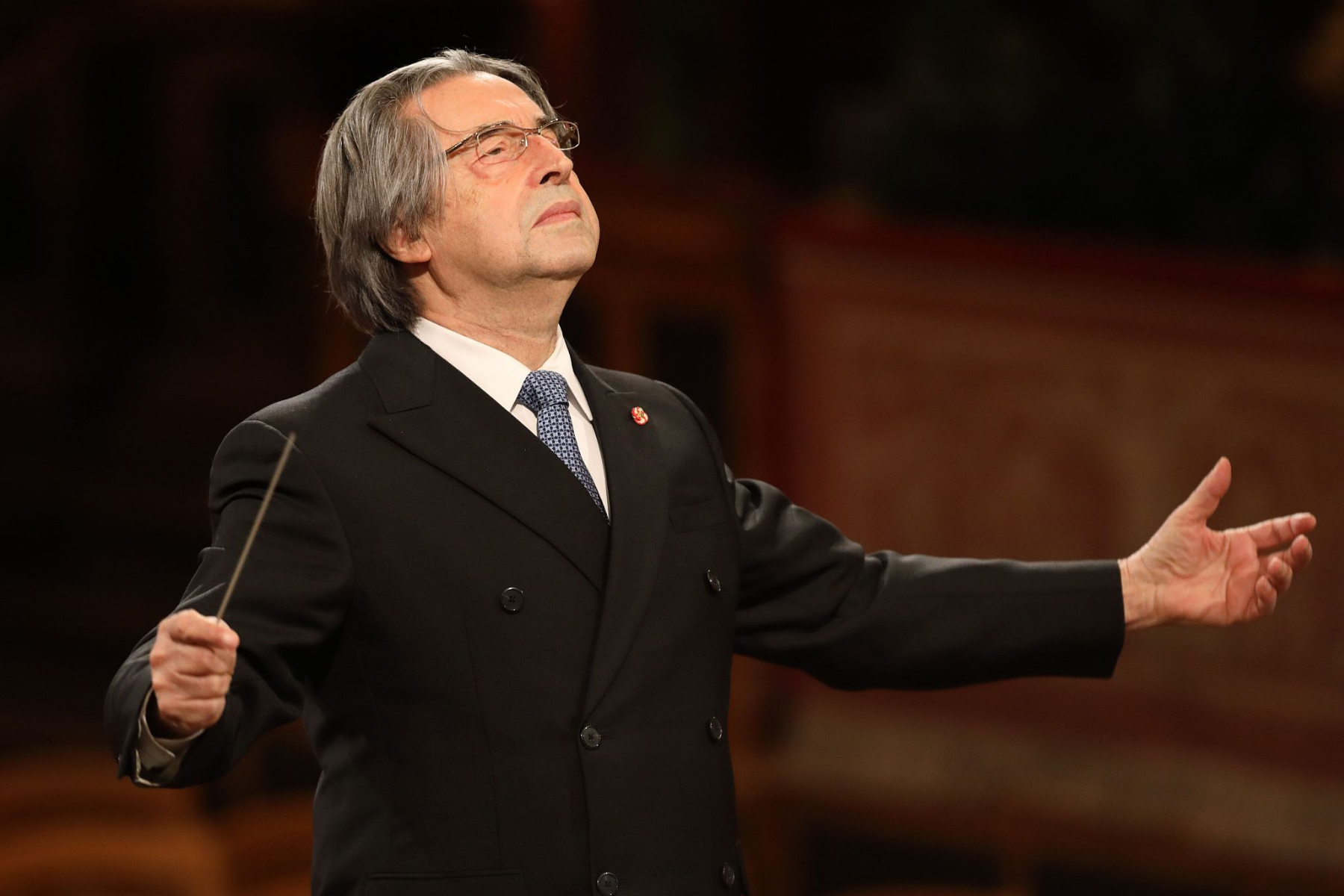 Riccardo Muti spoke during the annual New Years Day concert with the Vienna Philharmonic, giving a message of hope to the world.
The concert, which was performed without a live audience in the Musikverein, was watched by an estimated worldwide TV audience of 40 million,

“We are playing this New Year’s concert in a very unusual situation. We know that we are playing for many millions of people around the world, practically more than 90 different countries. But it’s very strange for us to play in a such a beautiful historical hall that is completely empty.
But the orchestra played wonderfully, not only because they wanted to convey to you the message of music, but because always the Vienna Philharmonic are surrounded by the spirits of Brahms, Bruckner, and Mahler. That in this hall, and many other composers and interpreters that in this hall have made history … I would say that we are still here believing in the message of music. musicians have in their weaponary, flowers, not things that kill. We bring joy, hope, peace, brotherhood, and love with capital L.

So music is important not because it is an entertainment – many times we see everywhere music considered as entertainment. Music is not only a profession but is a mission. That is why we do this work.

A mission to make society better. To think about the new generation that in one complete year has been deprived from deep thinking, thinking all the time about health, health is the first most important thing, but also the health of the mind. And music helps.

So my message to the governments and presidents and prime ministers everywhere in every part of the world: consider culture always as one of the primary elements to have a better society in the future. With this message, we will play now the famous Blue Danube. And I hope that on the waves of this beautiful music full of joy and sadness, life, that we can hope for a better year.”