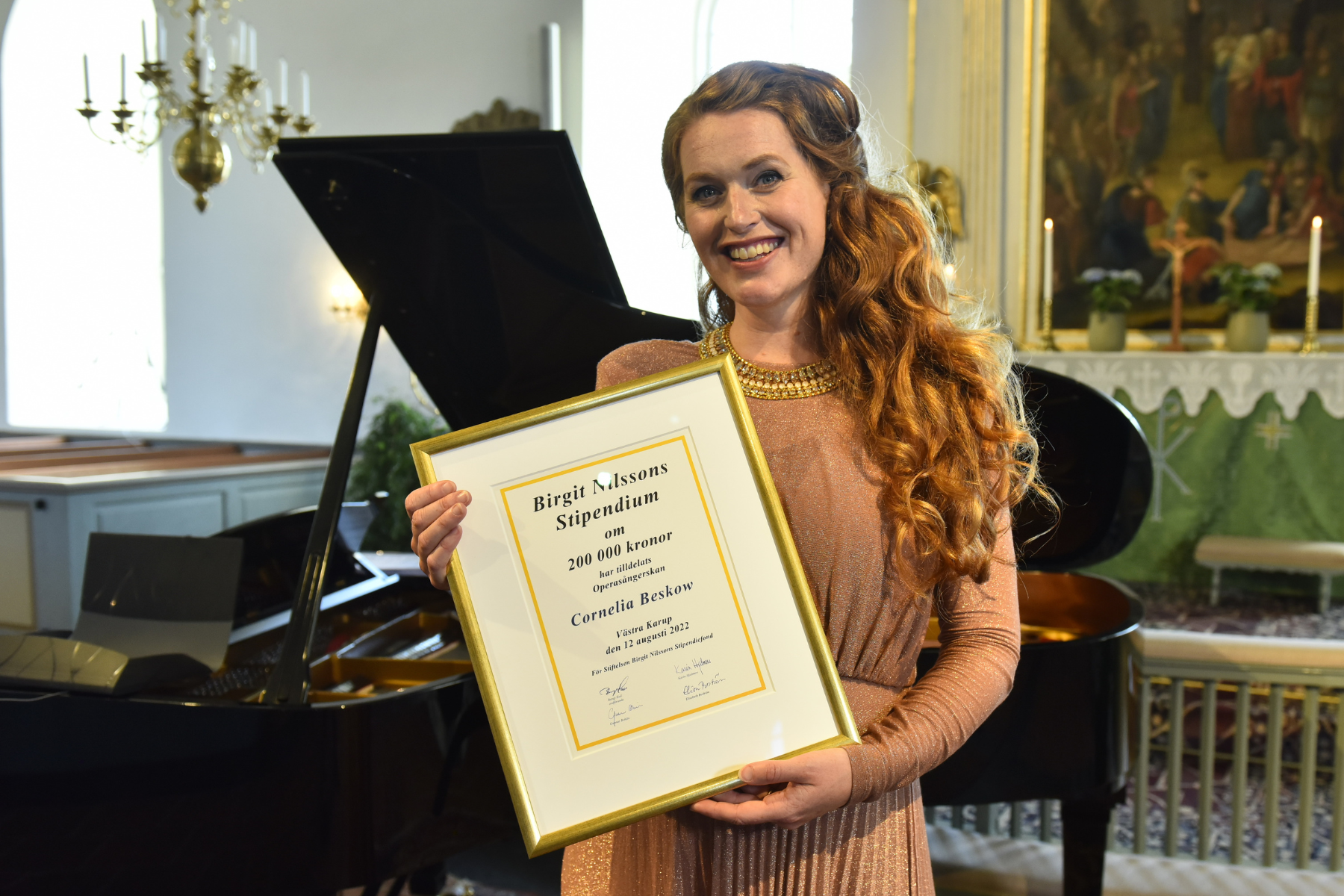 It was as if the roof lifted at Västra Karup’s church when this year’s Birgit Nilsson Stipendium recipient Cornelia Beskow opened her concert with a jubilant and rapturous interpretation of Elisabeth’s greeting song from Wagner’s Tannhäuser.

In a program of great breadth, the lyrical-dramatic soprano offered Nordic romances and opera arias such as the Song to the Moon from Dvořák’s Rusalka and the letter scene from Tchaikovsky’s Eugene Onegin. Accompanist Elisabeth Boström also played Schubert’s Impromptu No. 4 in A flat major and guest speaker, Stefan Johansson introduced the programme with both deeply knowledgeable and highly entertaining comments.

After a thank-you speech in which Cornelia expressed her admiration for her idol and great role model, she sang “I could have danced all night” (from My Fair Lady) – also one of Birgit’s special encore numbers. Brilliant was the word!