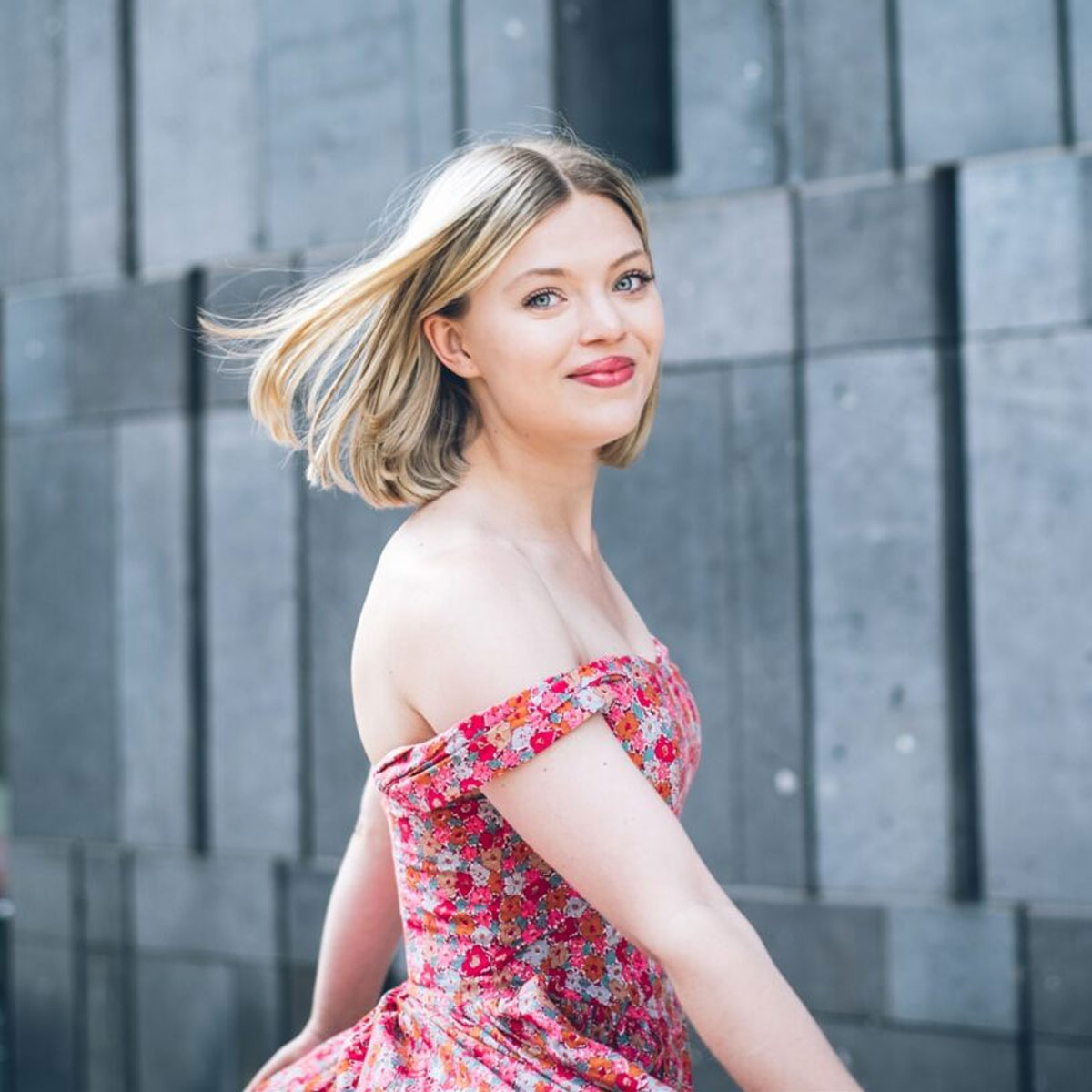 This year’s recipient of the Birgit Nilsson Stipendium is Soprano Johanna Wallroth. She receives SEK 200 000 which, thanks to an anonymous donor, has recently doubled in value, making it one of Sweden’s largest scholarships.

Johanna Wallroth was thrust into the limelight in 2019 when she took First Prize in the prestigious Mirjam Helin International Singing Competition with her “immediately engaging, intelligent and detailed performance” (Bachtrack). She subsequently joined the Opernstudio of the Wiener Staatsoper from the start of the 20/21 season where she has perfomed Giannetta (L’elisir d’amore), A Voice from Heaven (Don Carlos) and Barbarina (Le Nozze di Figaro) in a livestream performance under Philippe Jordan. Johanna is currently in rehearsal for a new production of Monteverdi’s La Coronazione di Poppea, scheduled to premiere on 22 May.

In addition to her upcoming commitments to the Wiener Staatsoper for the 21/22 season (still to be announced) Johanna will perform this summer at a gala concert with the Drottingholm Baroque Orchestra, with the Swedish Radio Symphony Orchestra under Daniel Harding and makes her debut with Orchestre Philharmonique de Radio France under Barbara Hannigan.

Originally trained at the Royal Swedish Ballet School, Wallroth shifted her principle focus to voice, going on to graduate from Vienna’s Universität für Musik und darstellende Kunst (MDW). She made her operatic debut in 2013, as Barbarina (Le Nozze di Figaro) under Arnold Östman at Ulriksdal Palace Theatre, Stockholm and subsequently appearing as Eurydice (Orfeo ed Eurydice) at MDW Wien, Despina (Così fan tutte) at Vienna’s Schlosstheater Schönbrunn and Pamina (Die Zauberflöte) at Moscow’s Gnesin Academy. Johanna has since returned to Schlosstheater Schönbrunn as both Gretel (Hänsel und Gretel) and Susanna (Le Nozze di Figaro), portrayed the role of Ismene in Telemann’s Orpheus at Vadstena Castle and performed the roles of Sandmännchen and Taumännchen (Hänsel und Gretel) in a new production for Norrlandsoperan, Umeå.

Last season, Johanna Wallroth joined Sakari Oramo at Helsinki Music Centre in Mahler’s Symphony No.4, gave solo recitals with pianists Magnus Svensson in Stockholm’s Konserthuset and Berwaldhallen, and Kristian Attila at the Savonlinna Festival and made her role debut as Zerlina in a live-streamed semi-staged performance of Don Giovanni with the Swedish Radio Symphony Orchestra under Music Director, Daniel Harding.