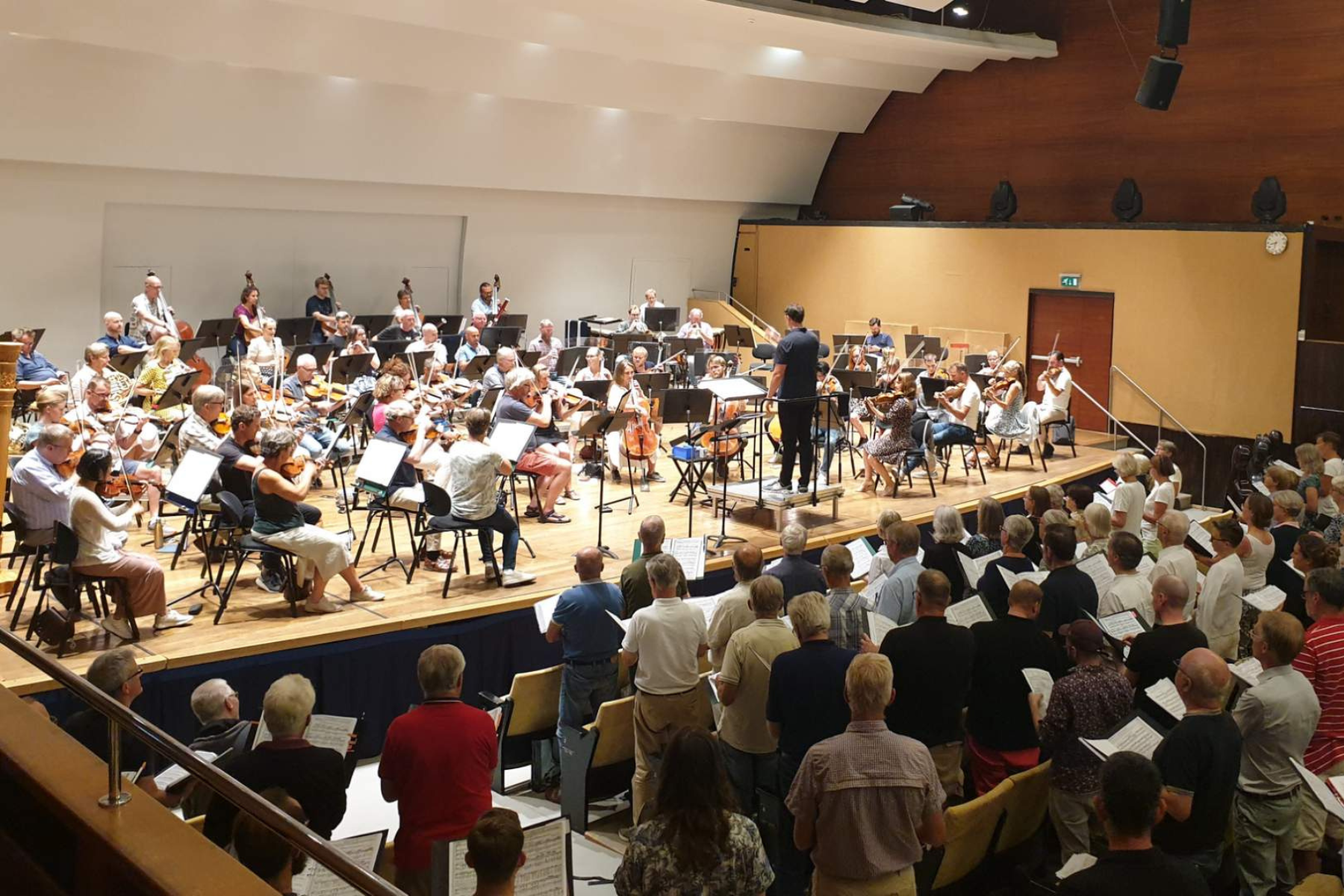 The Birgit Nilsson days’ Gala Concert this Saturday is not least a gigantic choral manifestation with 120 choral singers (!) from all corners of northwestern Scania. During the summer, five choirs practiced under their respective choir directors to become Wagner and Verdi singers. On Wednesday evening, everyone gathers for a rehearsal in Helsingborg’s concert hall, together with Helsingborg’s symphony orchestra, opera soloists and the conductor Evan Rogister. “Apparently it sounds good if those who listen say us,” said one of the choristers from Helsingborg’s Concert Hall choir during a short break. Certified!