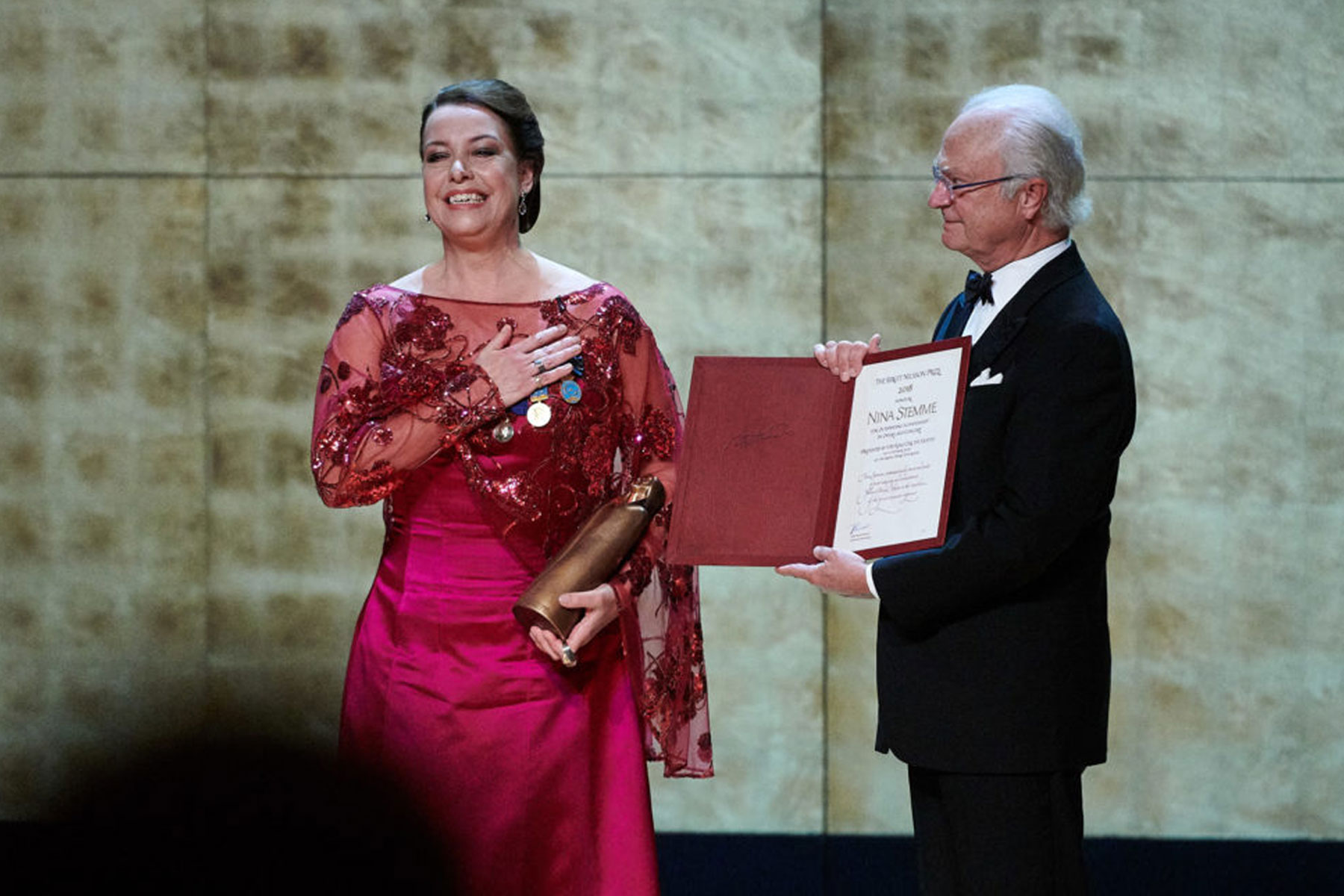 The Swedish dramatic soprano, Nina Stemme, was the fourth recipient of the Birgit Nilsson Prize, awarded in the year which also celebrated the 100th anniversary of Birgit NIlsson’s birth. The Award ceremony took place October11, 2018 at the Royal Swedish Opera in the presence of H.M. King Carl XVI Gustaf and H.M. Queen Silvia. In honour of the occasion, Welsh bass-baritone Sir Bryn Terfel performed scenes from The Flying Dutchman, Die Meistersinger and Falstaff with The Royal Swedish Orchestra under the direction of conductor Evan Rogister. The young Swedish soprano Christina Nilsson – recipient of the Birgit Nilsson Stipendium in 2015 – also sang three Scandinavian songs.