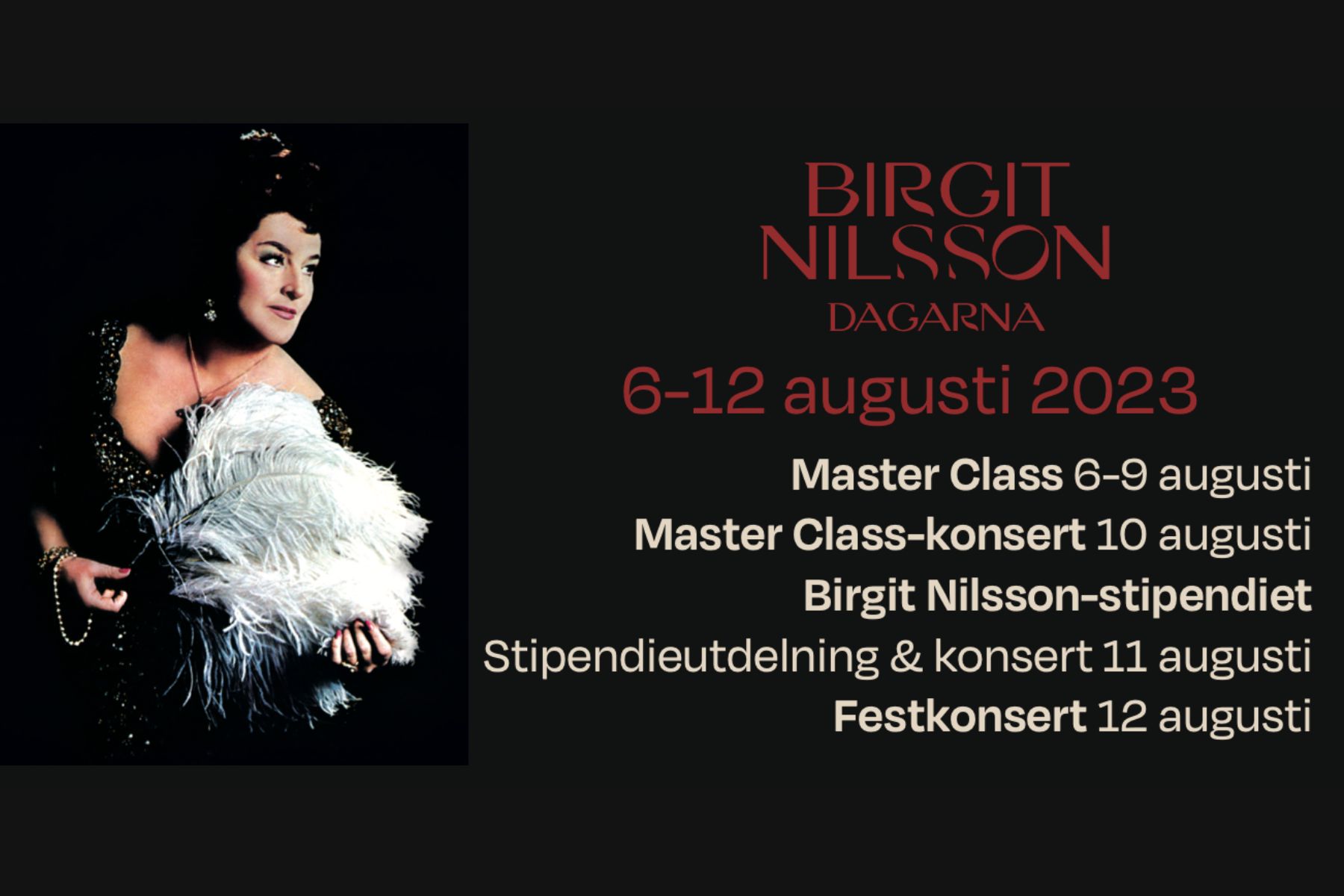 The large outdoor performance of “Tosca in Concert” – on Birgit’s field – will feature the Helsingborg Symphony Orchestra, international star soloists and a large chorus from the Bjäre Peninsula – led by conductor Pier Giorgio Morandi.

Puccini’s Tosca was one of the operatic roles that Birgit – and her audience – loved most. She sang her first Tosca at the Royal Swedish Opera in 1951 and went on to perform the role alongside Jussi Björling, Beniamino Gigli, Franco Corelli and, later, Placido Domingo, who was the recipient of the first Birgit Nilsson Prize in 2009.

Puccini is also the theme of the new exhibition at the Birgit Nilsson Museum, which opens on 27 June and is entitled “Puccini, love and art” – in keeping with Tosca’s showpiece aria “Vissi d’arte” (“I lived for art”).

A four-day Master Class will conclude with the students’ concert, held once more in the Birgit Nilsson Hall at the Ravinen Cultural Centre in Båstad. The programme this year includes concert and lieder repertoire.

The laureate of the 2023 Birgit Nilsson Stipendium will be announced on May 17, Birgit’s birthday. First awarded in 1973, this will be the fifth consecutive year that the Stipendium has been presented during the Birgit Nilsson Days.

Gala concert at the Birgit Nilsson Museum, 12 August at 6 pm